Is Spine Contusion That Serious That It Requires For Spine Surgery? 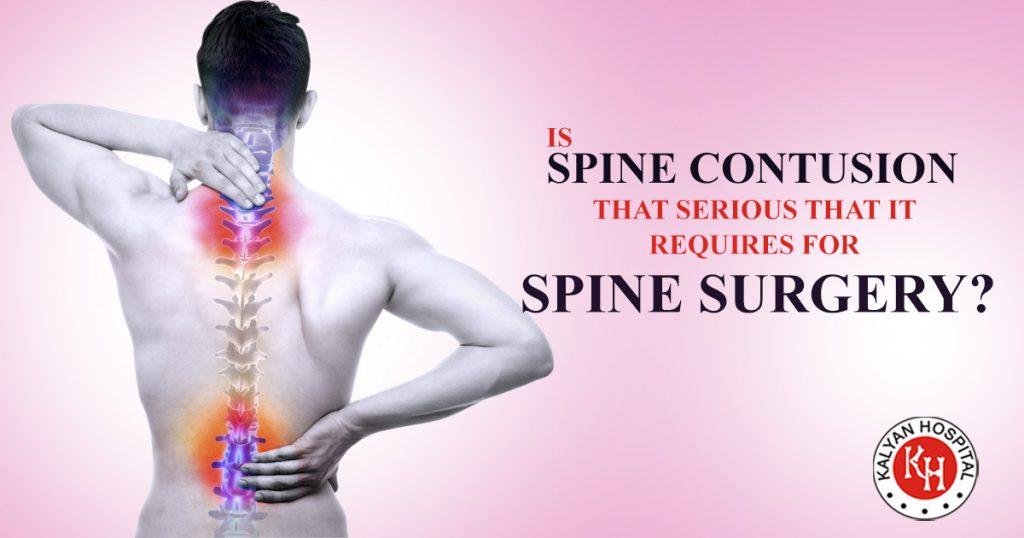 The spinal cord is a major and prominent part of the human body, which helps in establishing the connection between the brain and the rest of the body. It carries all the messages and signals from the core part of the mind and generally consists of vertebrae, which act as a protection layer of the spinal cord. The structure of the spinal cord is mainly tube like and is not considered much robust, that’s why a normal injury to the spinal cord can cause some serious issues. As it helps in balancing the things between brain and body, any injury can destroy the sequence of operations, which normally carry out with the help of the cord, resulting in making functions of the body imperfect.

One of the common injuries of the spinal cord is spine contusion where a bruise like blood vessel starts forming due to the breakage of vertebrae. This injury is a serious issue and if not treated well then it can cause a disruption in making a connection with the brain and can affect reflex actions also.
The spine contusion is often regarded as compression of the spinal cord, but these two terms are not connected way fully because compression occurs when a person experiences any abrupt pressure on his or her spinal cord. Mainly when contusion injures the spine, the physical ability of human involving sitting, ability to use the hands are all affected, as the bruise causes hindrance in the passage of nerves which are responsible for the functions of the body.

● The symptoms of spinal cord injury involve numbness in the body, not feeling sensations and this injury, in general, make its impact on an upper side or lower side of the spine.
● Spinal cord injury also leads to spinal trauma which has signs of experiencing heart and pulse rate problems, not being able to remember anything, shortness in breathing and trouble in concentration.
● Some of the injuries are so serious that it makes person’s ability to stand and walk inactive.

When you are facing these kinds of symptoms, it is advisable to immediately seek a doctor because if the contusion is major then the doctor will include spine surgery in the treatment.