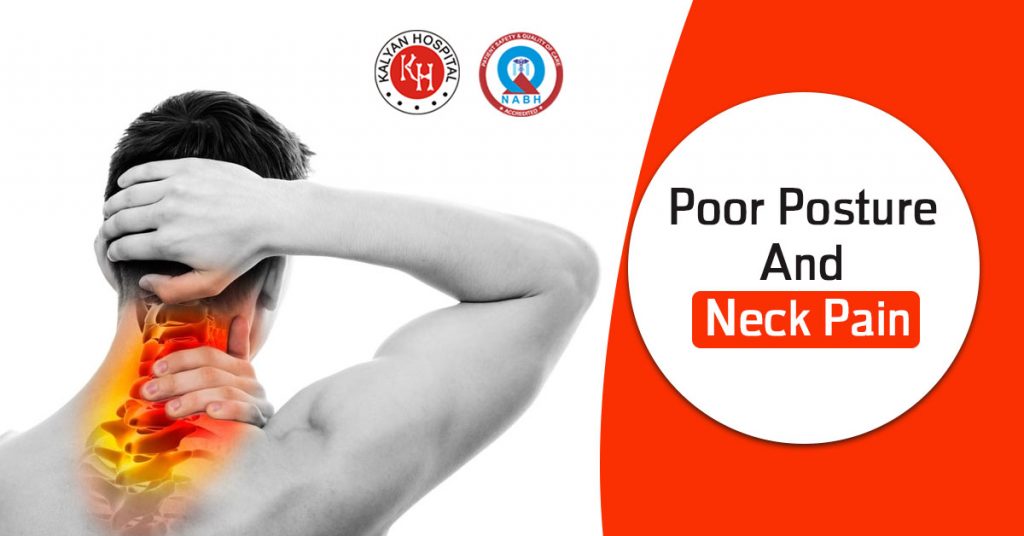 Neck pain is a common problem and we all know that it is caused due to poor posture. We must understand that recognizing and preventing poor posture can help the patients recover from the condition. Ortho doctor suggest that people should take care of their posture to ensure that they are free from neck pain.

Good posture has a crucial definition that ears must be positioned directly above the shoulders and the chest must be open and shoulders should be back. This is known as the normal head posture, which minimizes the stress on the neck as the weight of the head is supported by the cervical spine.

Hyperflexion and hyperextension– The lower spine has to hyperflex as the vertebrae tilt too forward. In contrast, the upper spine, however, has to hyperextend to keep the head up for maintaining the direct vision of the eyes. This causes an alteration in the cervical spine’s curve which leads to stretching of the spine and the nearby nerves.

Muscle overload– It is the function of the muscles in the neck and upper back to counterbalance the pull of gravity which is exerted on a  forward head. It leads to muscles becoming more prone to strain.

Hunched upper back– Forward head posture often leads to forward shoulders and a rounded upper back, which causes pain in the neck, and shoulders.

The longer we continue to indulge in poor posture, the more likely we are to face neck pain, stiffness, and other problems.

If we continue to hold the poor posture over a long period, we will face increasing amounts of stress on the neck and nearby organs.

Muscle imbalances-While some muscles in the neck and   shoulder region tend to become shortened and tight, others become elongated and weak. This leads to an imbalance in the muscles.

Risk of spinal degeneration– The poor posture causes extra stress on the cervical spine’s discs, facet joints, and vertebrae which leads to an increased risk of degenerative spine issues.