Worst Sports Injuries Of All Times 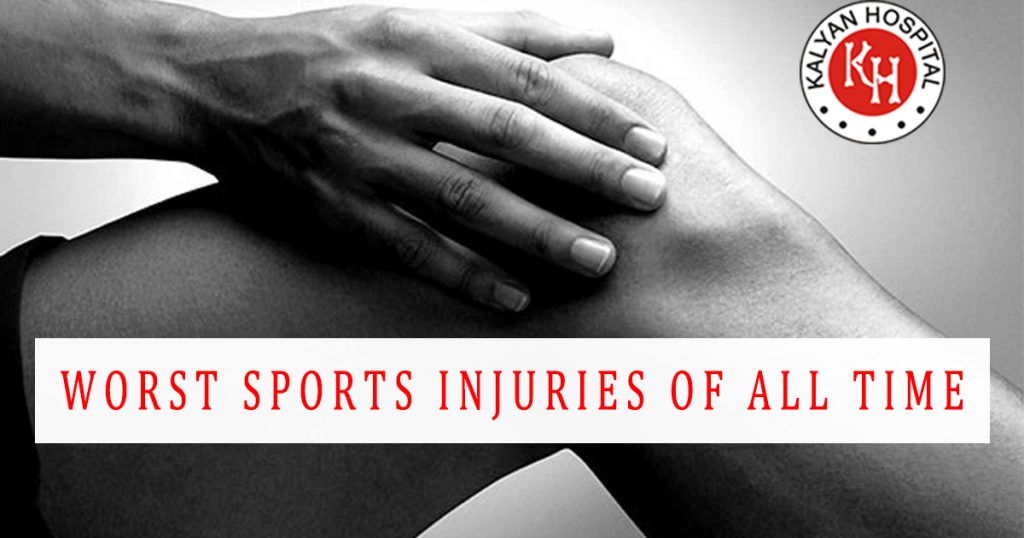 But, regardless of how hard the sportsperson train themselves injuries are bound to happen at any point in time, accidents do happen and that too without giving any sign of warning.

Below are mentioned major injuries which sportsperson have to deal with, and which require more than ice pack treatment. Let’s have a look:

Shocks have been receiving the most observation amongst all sports, but they still remain a common danger for athletes or sportspersons and the curing time can differ from the situation or from one sportsperson to the other. Many instructors and players have not paid much heed to it and kept on playing, but in reality, this can have a major impact of athletes, like poor vision, memory loss or other issues with memory, motor skills related issues, along with long-term effects like CTE. Concussions or shock forces players to retire if the severity of shock is too much

Injuries of ACL are common in all kinds of sports, but football players have to go through this much more than others. The Anterior cruciate ligament gives 80% of firmness to leg and is vital for energetic movement. ACLs get torn because the sportsperson has to make changes in his direction very quickly. The dangers are especially high in intensive sports like football or basketball.

These sports injuries treatment can be done by following the under mentioned things:

In this injury, doctors just recommend rest in the most proper way so that brain recovers from a shock or Concussions. Physically and mentally relaxation is what is needed the most.

One should avoid activities which increase any form of symptoms like general exertion, sports or any heavy work, till the activities do no longer provoke the symptoms.

ACL clutches the leg bone with the knee. You come to know of complete tear when a ‘pop’ sound comes.

ACL tears are mostly the most drastic form of common sports injuries. A complete torn ACL requires surgery in people who like to move around and are fond of sports.

Hence, one has come to know that playing sports is not a child’s play, and one need s to be extra careful to not to get injured.